Brain Fog and Keto – What You Need to Know

Brain fog is not something you should have to deal with. When you’re at work, you are expected to perform. You can’t afford to have your brain taking the morning, evening, or entire day off while you grind through it. You need to be able to think quickly and respond to the things happening around you. When you have brain fog, it’s like you’re trying to solve problems in slow motion… It’s a miserable feeling because you know that’s not the real you.

This article is going to address a few things related to brain fog and keto.

After this, I hope you’ll have gained a few tools to help lift the brain fog that has been hanging over you.

My Own Experience with Brain Fog and Keto

I thought it might help if I shared my personal experience and perspective. It’s always good to know you aren’t the only out there.

A few years ago I started keto, basically quitting carbs cold turkey. One of my biggest reasons for starting the ketogenic diet was actually for the proclaimed cognitive benefits.

Ironically – Instead of becoming more clear-headed, my brain decided to take an extended vacation without my approval. Ugh…

I started experiencing a lot of brain fog. I would be at the office and unable to string complicated thoughts together at times. Conversations would sometimes be difficult. This went on for a few months. It all started a few weeks into keto.

I got through it, but it wasn’t easy. For a while, I didn’t know what to do. Brain fog makes your thinking very slow. Short-term memory can be worsened. You may also feel confused at times. Not fun…

I came to realize that I was eating a very poor diet overall and that I was not actually “fat adapted”. Even at two months in, I had not properly allowed my body to finish adapting to this new lifestyle.

The thing is… Brain fog can be a symptom of hypoglycemia (low blood sugar). And, this not an uncommon to experience during fat adaptation. I believe this was my primary issue.

If your brain isn’t getting the glucose it needs, you may be confused or have memory issues. The key is that you need to fully keto-adapt so that your brain taps into your fat stores for fuel.

What I did to lift the brain fog

After I made these changes, a few things happened

My personal takeaways are that I needed to give my body the right nutrients to thrive on the ketogenic diet. Green leafy vegetables are packed with the right ones.

I also wasn’t fat adapted. I needed to be in ketosis for a longer period of time for this to happen. I realized that falling in-and-out of ketosis wasn’t helping either. With keto, you need to either commit to it or just don’t do it. Your body will not adapt unless it is forced to adapt. (I will explain why this is the case below.)

After, fighting my way through the brain fog, I’ve really been able to thrive on the keto. I hope you are able to do the same!

Now, time to get a little nerdy. Are you on the ketogenic diet yourself, and experiencing brain fog? Let’s uncover what could possibly be going on.

Most of the problems that you could be experiencing with keto either come down to a nutrient deficiency or adaptation issue. Brain fog would be included in with the common keto symptoms.

1. Your Fat Adaptation Could be Incomplete

Did you know that it takes around 6 weeks to become completely adapted to keto? Yep, You could be a month or more into the diet and your body would still be building up new machinery to burn fat. And, that’s if you are actually following the diet. If you are cheating, that time frame would be even longer or may never even happen.

Being in ketosis does not guarantee adaptation. If you are at a 1.0 mM blood ketone reading (well into ketosis) or higher – that doesn’t mean your body is good at using the ketones it is making. Your organs, muscles, and brain aren’t used to seeing ketones in the bloodstream and they need time with them to practice.

Let me ask you this. When has your body ever been exposed to ketones in the past for it to practice with them?

Keep in mind, We don’t even start making ketones until we’re at or below 50g of daily carb intake. The only other scenario would be if you are a marathon runner and have hit “the wall”

Our bodies are for some reason very hesitant to produce ketones. We spoil them with sugar, and they get lazy.

Is Your Brain Energy Deprived on Keto?

An energy deficit could be causing your brain fog symptoms. I’m talking about hypoglycemia here. Your brain could be at a point where it isn’t efficient enough to rely on ketones, but it also doesn’t have enough sugar because you stopped consuming carbs. The result is confusion, memory loss, and other cognition problems… common symptoms of low blood sugar.

Most of us on the “Standard American Diet” have glucose-dependent brains. Your brain is always going to be at least partially dependent on glucose. But, as we adapt our brains eventually get more than half their energy from ketone bodies. [1]

Most of our organs can burn fatty acids inside cell mitochondria (cell powerhouses), but not the brain and central nervous system. These need glucose, ketones, or a combination of both. [*]

So, why am I telling you about this?

Because the brain is the most energy dependent organ in the body. It consumes roughly 420 calories (or more) per day at rest. [*]

If you switch to the ketonic diet and do not give the brain, liver, and other organs time to adjust to ketones, the brain is going to be energy deprived. All organs need time to build up their metabolic machinery for ketone use. They need to detect ketones in the bloodstream first.

One important change in the brain occurs with something called MCT-1. MCT–1 is a transporter in the brain that shuttles ketones into the mitochondria of cells. This is NOT the same thing as MCT oil. As carbohydrate restriction takes place, MCT–1 levels increase to assist with ketone oxidation. Elevated levels of blood ketones will drive this change. [*][*]

So, Just as an adequite amount of time for adaptation is important, you also need to make sure you are in ketosis consistently. Adaptation requires consistent ketones over 6 weeks.

You may not have finished metabolic adaptation. As a result, your brain could be energy deprived.

Stay in ketosis for 6 weeks and allow for adaptation to complete. Avoid cheating until you can get through this period. There are ways that you can speed up adaptation.

2. You Could be Deficient in Important Nutrients

Some nutrients are really important on the ketogenic diet. We’re likely to be low in these. The list includes electrolytes and several vitamins.

Many experts argue that a sodium deficiency is one of the most common causes for experiencing side effects on keto. And, because sodium and potassium deficiencies often go hand in hand with each other, it may be best to start troubleshooting these two electrolytes.

So, what’s the deal with electrolytes on keto you ask?

Our kidneys function differently without high insulin levels caused by diets high in carbohydrates. They flush fluids more easily. Unfortunately, we lose a lot of electrolytes with those fluids.

How to Boost Your Electrolyte Levels

Now, on to the vitamins…

Dr. Eric Kossoff is a neurologist at Johns Hopkins who specializes in epilepsy. He frequently recommends ketogenic diets to his patients and suggests that these vitamins in particular help to prevent keto side effects.

With the lack of fruit in the keto diet, Vitamin-C becomes especially important as an antioxidant, immune system booster, and blood pressure regulator. [*]

Vitamin-D deficiency is common as well. Vitamin-D helps to reduce the acidity of urine on keto, aid with calcium absorption, and to boost immune system function. [*]

Carnitine has a specific function in fat metabolism. It is needed in order for cell mitochondria to burn fat. Some studies have found that carnitine falls below normal levels on the ketogenic diet. [*]

B-Vitamins (particularly B–5 and B–7) have been found to be low on the ketogenic diet. These play a big role in your overall mental well being. [*]

Yes, they do actually.

Did you know that Dr. Atkins used low carbs diets to successfully treat cognitive issues such as mood swings, depression, anxiety, poor memory, low concentration, headaches, and migraines? Low carb diets have a history of being effective for brain troubles. [2]

The fact is that the ketogenic diet allows the brain to run more efficiently and should relieve brain fog symptoms over time. The brain doesn’t need to rely (as heavily) on a constant supply of glucose from the bloodstream. It can use ketones on demand to fuel itself. [1] I have found personally that I am much more sharp while on keto.

There is a growing body of research that suggests how ketones may be beneficial to your brain. Several studies have found that ketones and low carb diets can be potent fighters against Alzheimer’s. [*] [*] [*]

A 2012 review study found that the ketogenic diet may have various health benefits to the brain and that it could help against many mainstream diseases. [*]

While the research is still in its early stages, what we’ve found so far looks very promising.

Possible Benefits to the brain by Following the Ketogenic Diet

What we know so far is that low carb diets have shown to be helpful with a number of cognitive problems and brain-related diseases. I think It’s reasonable for us to believe that the uses for keto to improve brain health will only expand in time.

One of the main reasons I started following the ketogenic diet was to increase my mental sharpness. I believe I’ve been able to do that by sticking to this lifestyle. We don’t need all the carbs… We also can’t forget that we need to be eating a balanced diet with real foods. Keto or not… 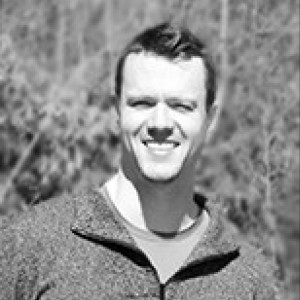